Bódis Boglárka – designer and owner of the brand La Maison d’Elysian
Boglárka Bódis graduated as an economist in the Faculty of International Relations of the Budapest University of Economic Sciences and worked for 10 years in the Hungarian public administration before she decided to fulfill her childhood’s dream to become a fashion designer.

In 2009 she began her fashion design studies at KREA Contemporary Art School in Budapest, where she graduated in 2013. She was in her second school year in 2011 when she participated in an international lingerie designer competition, the Triumph Inspiration Award. After winning the Hungarian final she won the international final among more than 2100
designers from 32 countries organized by Triumph company during  Berlin Fashion Week. After working together with Triumph’s design team for one year, the commercial collection of her design piece was launched in Triumph flagship boutiques and department stores in more than 40 countries worldwide, and the collection was presented also during Shanghai Fashion Week in October 2012.

Boglárka launched her womenswear brand Elysian in 2012 in Budapest. The word Elysian is a French adverb meaning: beautiful, perfect and peaceful. These are values that the designer would like to represent in her brand. In the first five years she concentrated on the domestic market offering a made-to measure service for her clients. The brand comes out with two seasonal collections per year, in addition they run a made-to-measure bridal line.

In 2015 Boglárka become „ Designer of the Year” by Glamour  Women of the Year Award.

Boglarka is married and has a 14 years old son. 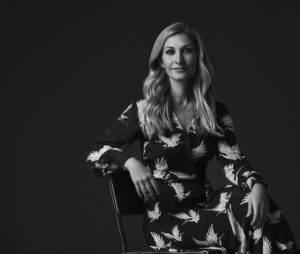 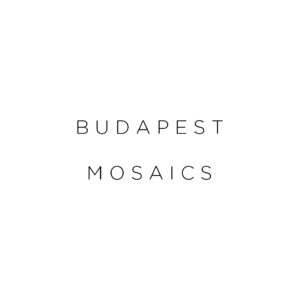 Elysian’s FW2019-20 collection is inspired by the architecture of Budapest’s Belle Époque , the famed turn-of-the-20th-century period, when the blooming city -looking west to Vienna and to Paris for inspiration- turned into an exciting urban landscape with Art Nouveau buildings. The architecture was heavily influenced by the French
capital.

The Gellért Hotel and Spa, The Gresham Palace, the Museum of Applied Arts, the Parisiana Club and the Paris Department Store -just to mention a few of them- are all sensational Art Nouveau buildings of the Hungarian capital. Zsolnay ceramics and stained glass windows play a central role in the ornamentation.

The designer’s favourite building is the amazing Gresham Palace, today Four Seasons Hotel Gresham Palace Budapest. The most prestigious artists of the period were assigned for the ornamentation of the building. The iron gate with peacock motives by Gyula Jungfer, the T-shape glass dome, the tiles by the famous Zsolnay factory and the Venetian mosaics and glass windows by Miksa Róth make this palace extremely beautiful.

Elysian would like to remember with this collection to this beautiful period of time of Budapest. The designer has elaborated with Dyloan bonding factory a special modern mosaic decoration technique to be seen on several pieces of the collection. Ivory and black are the main colors of the garments, while transparency, layers, laser cut motives and hand embroidery are the main characteristics of the collection. Power mesh, velvet, pleated tulle and muslin, neoprene and precious hand-made alpaca wool are the fabrics the designer chose for her looks.

The main elements are the bodysuits in black and ivory colors. A special piece of the collection is the bodysuit dress, which combines the bodysuit with a skirt as a complete outfit.

The face of the collection is the talented and beautiful Alexandra Kis, individual member of the Hungarian National Rhythmic Gymnastics Team.

Special thanks to Four Seasons Hotel Gresham Palace Budapest for the collaboration. 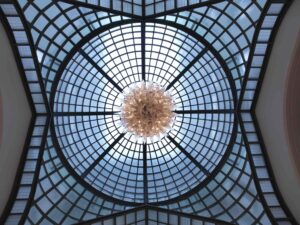 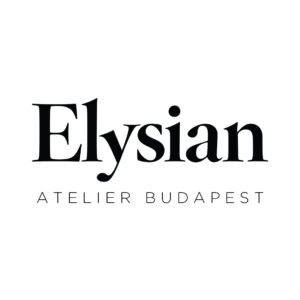